Ravens Inline are pleased to be able to offer School league again.

The league was started  in 1997  using the Star Gym as a venue prior to building the main arena at East End in 2000.

The brainchild of David Carrington and his “cohorts” the small skate rink was formed in the Star gym and schools were contacted to come and give this “new” sport a try.

There was a huge interest from schools from various locations in Taranaki leading to an influx of players into the club . Ravens player membership increased leading to the development of the main arena.

Once again the club would like to develop the league, to encourage players to give the sport a try in an atmosphere of friendship and fairplay.
The club would be keen to offer games to school teams and individuals if their school is unable to field a team. This term we will focus on students in Year 1 to Year 8.

The league is non competitive, the club can loan gear to get players started and offer games on Thursday nights during the school term. 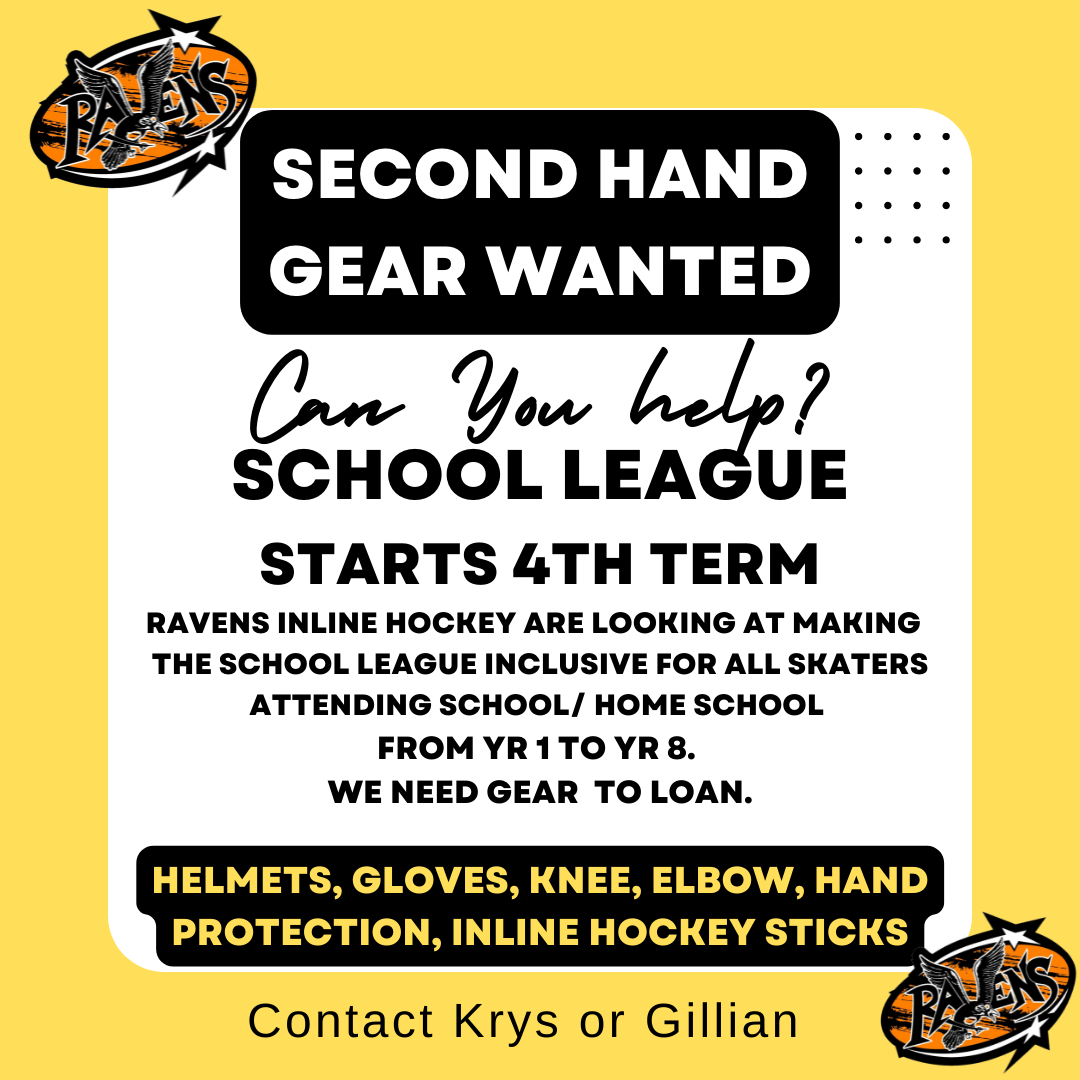