The Ravens host a Taranaki-wide school league which caters to all skill levels and provides an opportunity for players to experience the sport of inline hockey in a fun and safe team environment.

The School League takes place in term 1 and 4, we organise games for your school teams on Thursday and Friday nights. The fee is $25 per player per term.

Many players move on to club level hockey after playing in the school league. The league started in 1997 and has grown from 16 teams to 40 teams competing in the 1st and 4th terms of the school season. All schools are welcome to participate.

School League is an entry level programme designed to give the local schools a “taste” of inline hockey. Schools are contacted at the beginning of the 1st and 4th terms of the school year to enter teams for a 7 to 9 week programme of games on Thursday and Friday nights each week. Club members provide scorers, referees for the games, however if parents are keen to become involved, their assistance is welcomed.

The club have goalie gear available to teams on a loan basis and acknowledge the schools who have been able to fund their own equipment. Full safety gear is required, however in the younger grades it is acceptable to wear bike helmets. Soft pucks are used for teams where players wear bike helmets and it is highly recommended that these players also wear mouthguards.

If you want to play and your school is not fielding a team or the teams are full we are also able to assist by placing players in mixed school teams - so contact us at any point in the season to start playing.

The draw is released weekly to schools by email to allow for school camps etc Any conflicts with other school activity need to be advised at least a week in advance.

These are hosted weekly on Sundays over the 1st and 4th term. You will receive start up dates with your league draw so keep an eye out for session dates. 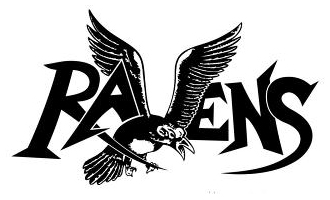