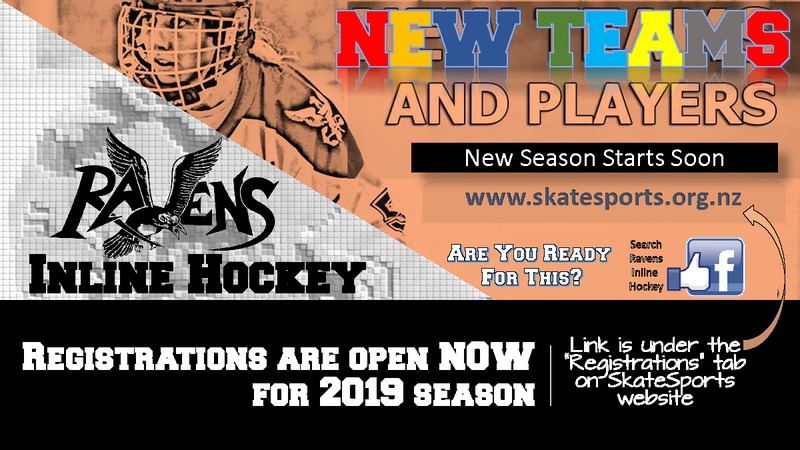 Ravens Inline Hockey held their AGM on Jan 21st with a new committee now in place for the new season.

The season is off to an exciting start with confirmation of the Inline Hockey Development Camp over five days in April with registrations now open. If you are keen to be part of this exciting club initiative and sign up, the link is here.

Players and Coaches will be catered for. Michael Hunt is from Canada, has played for Team Canada and is director of The HockeyBarn in Winnipeg. His bio can be downloaded here.

The club communication email is: skatesport.taranaki@gmail.com

Ravens Inline Hockey are pleased to advise their committee as follows;

The committee are keen to get underway, coach appointments will be made week of January 28 and training and team placements will be advised following trial sessions.

Ravens Branch members wish to thank and acknowledge the work and commitment provided by past executive. The club has an excellent facility and improvements are ongoing to ensure a safe and nurturing environment for all members. The club was formed in 1954, initially utilising skate venues elsewhere. Inline Hockey was established in 1995 with an increasing number of players selected to represent New Zealand over the years.