Four Ravens off to World Cup 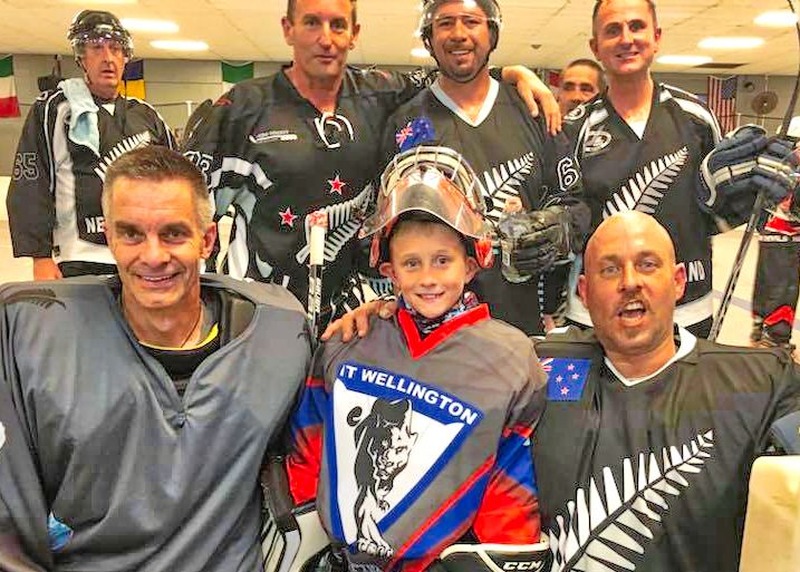 Four New Plymouth Senior Social players are off to the Czech Republic to represent New Zealand at the FIRS World Cup in the Veterans Division.

Richard Huffam in goal along with Todd Velvin, Craig Flood and Gary Toa leave  to compete in the mid-May championship.

The NZ Veterans team competed in training games in Auckland at the Mount Wellington Invitational to assist with their preparation before departure.

The photo shows members of the NZ Veterans team along with the youngest Mt Wellington Goalie over the Easter Tournament held in Auckland.