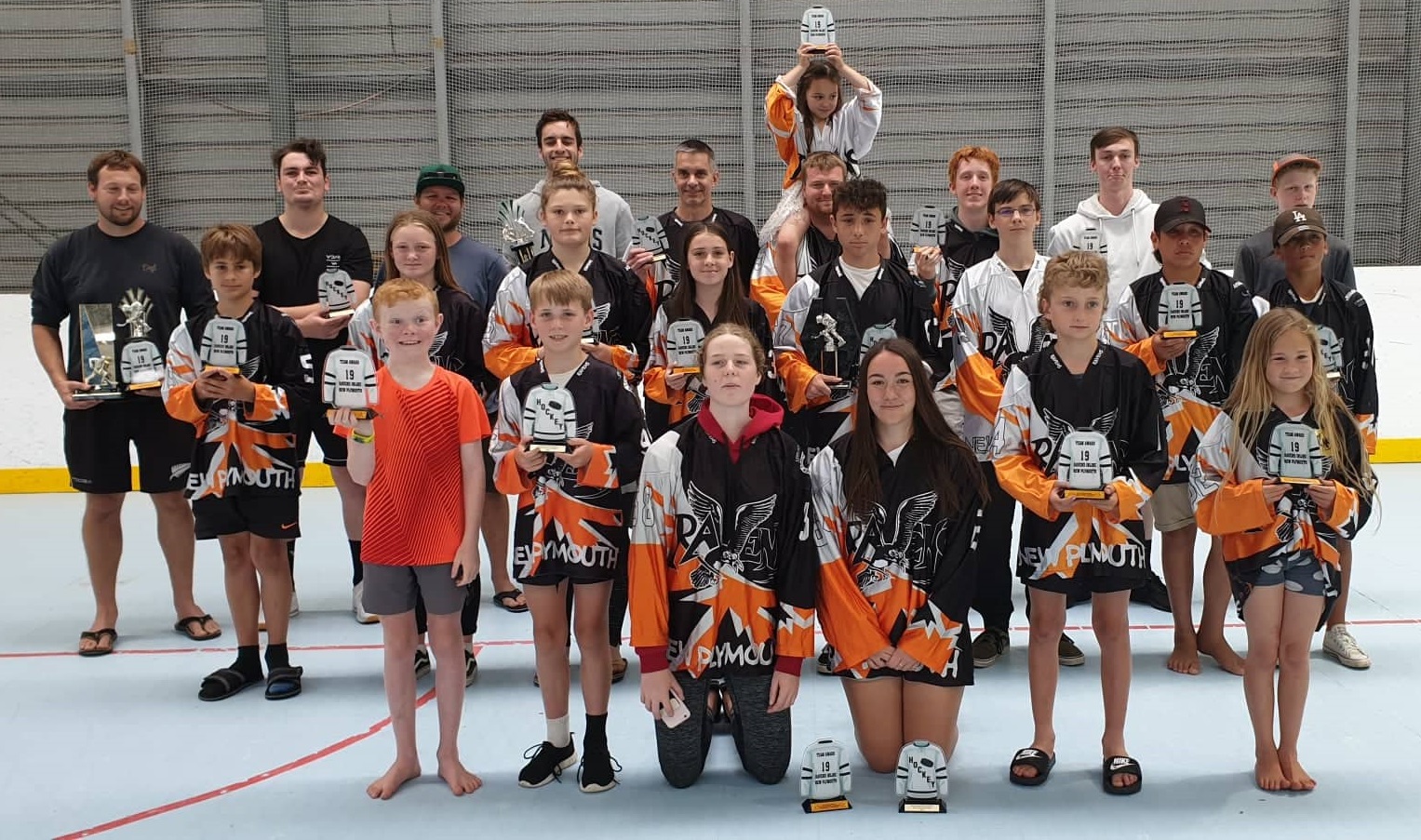 An awesome weekend, filled with community spirit, Christmas festivities on Saturday joining the New Plymouth Parade with a snowflake laden car and many skaters joining in. An opportunity to be part of the community, handing our flyers to spectators and there were 100’s of those.

Sunday was for the players, to celebrate their achievements, their team work and commitment over the season. Coaches and Managers presented their teams with player awards, Matt ad Krys presented the Ravens overall MVP awards.

The Ravens club Awards went to

The following team awards were presented;

Special Volunteer pins went to Willy Harvey, Bobby Henry, Julia Craig, and Craig Henson for representing the large numbers of volunteers the club relies on throughout the season.