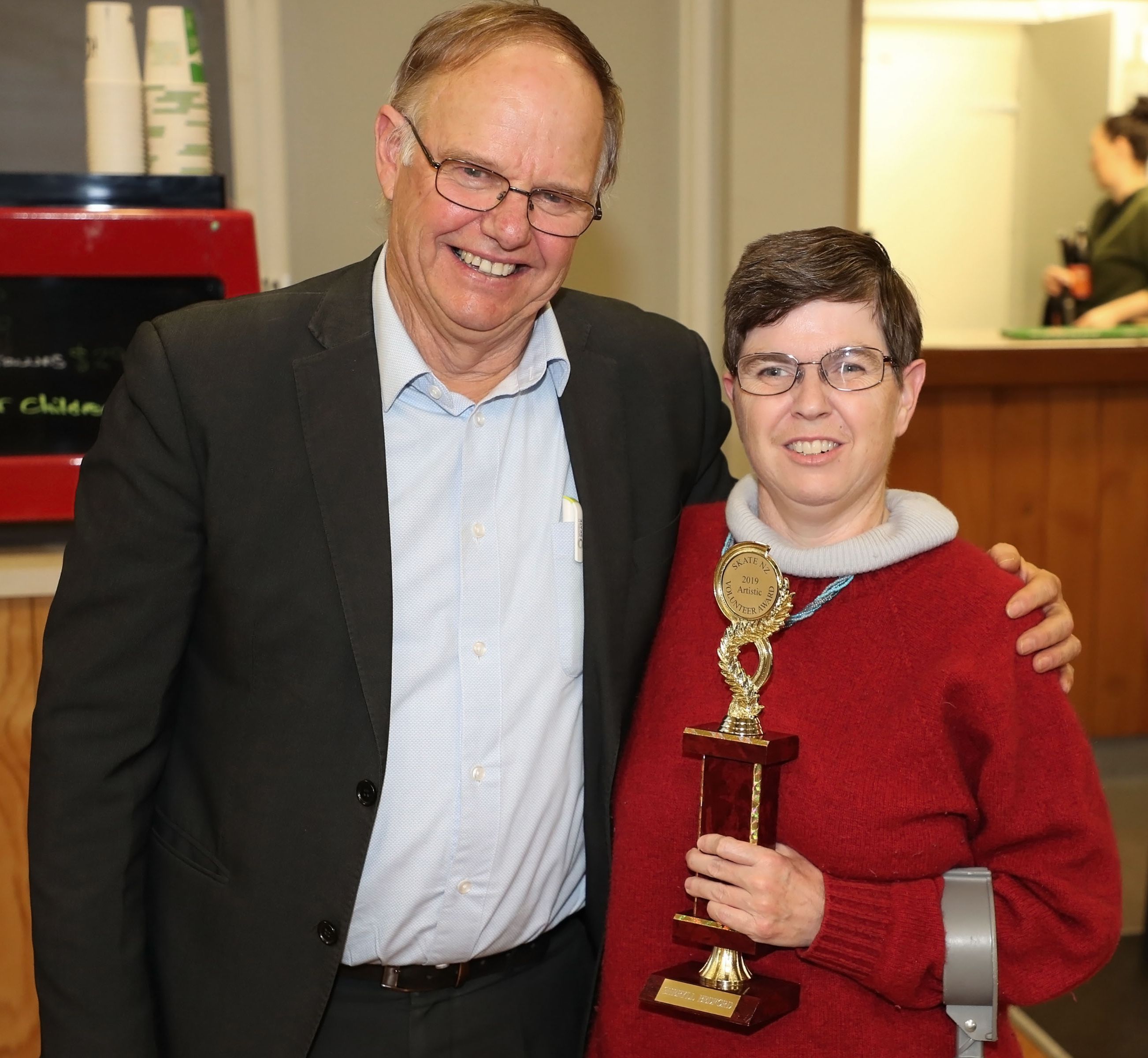 SHERYLL BEDFORD a long standing member of the New Plymouth Roller Sports Club was presented with the Skate New Zealand Volunteer Award at the closing ceremony for the New Zealand National Championships held in New Plymouth in July.

Sheryll is on the New Plymouth club Artistic Committee and also administers the learn to skate sessions hosted during school terms for members of the public wishing to learn to skate. The sessions are geared to young beginners and offer a series of skill levels. This programme is open to all skaters but is also a pre-requisite is skaters wish pursue artistic skating within the club.

With the Artistic Roller Skating Championships coming to Taranaki this year, Sheryll has been heavily involved in assisting with the preparation for this event held at the TSB Stadium.

Results from the week long event for New Plymouth Skaters;