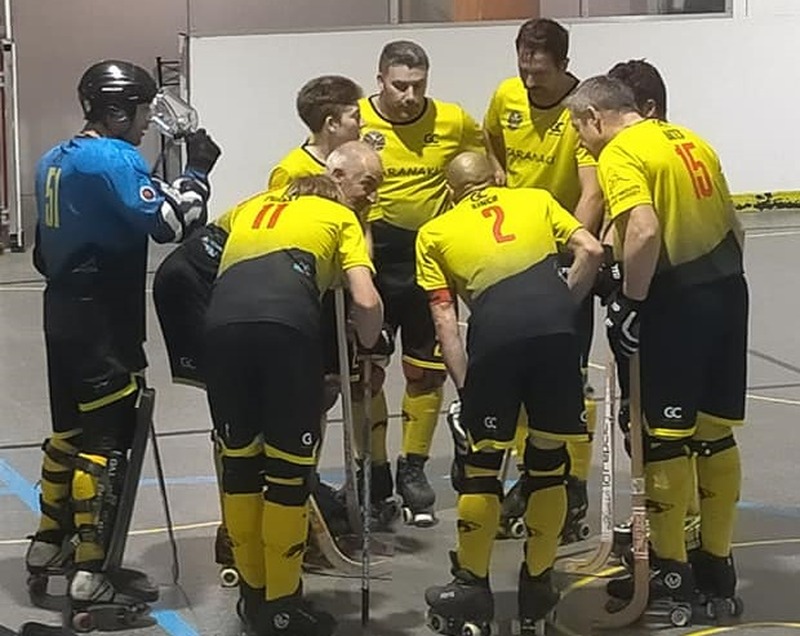 With three out of five division wins and taking out the overallPremier title for the first time one could be mesmerised in that success alone. But it is the heart of the club pulling together in community that launched this success into something momentous

Our TRHC community served in numerous ways from encouraging to refereeing, cleaning to playing, there were so many jobs spread amongst so many willing people it created a powerful atmosphereof ‘heart’. We were unified and strong.

To win the Premier Champions cup was the icing on the cake. Represented in this team were three players from one family alone, a founding life member amongst them of over 42 years skating loyalty to Taranaki Rink Hockey and another who, other than having played Rink Hockey for over 20 years has supported TRHC for 31 years, been part of NPRSC 36 years and has led the National RollerHockey committee for many years.

This commitment to our sport is the heart from our hometown that beat strongly within our winning team taking down recent 2019 champions Whanganui, 2nd Division won against Auckland, and this year was the first time we were able to put forward an U17 team who beat Whanganui who historically and frequently have been strong in this division. Our ladies came second along with our U14 team

The NPRSC café area was used, the gallery was full of spectators, the regular skate night continued greatly advertising our thriving and growing club in action. NPRSC hummed with an electric atmosphere.

Taranaki can be proud of its Rink Hockey members for their community showed amazing ‘heart’ in the way they played and pulled off a very successful Nationals together!