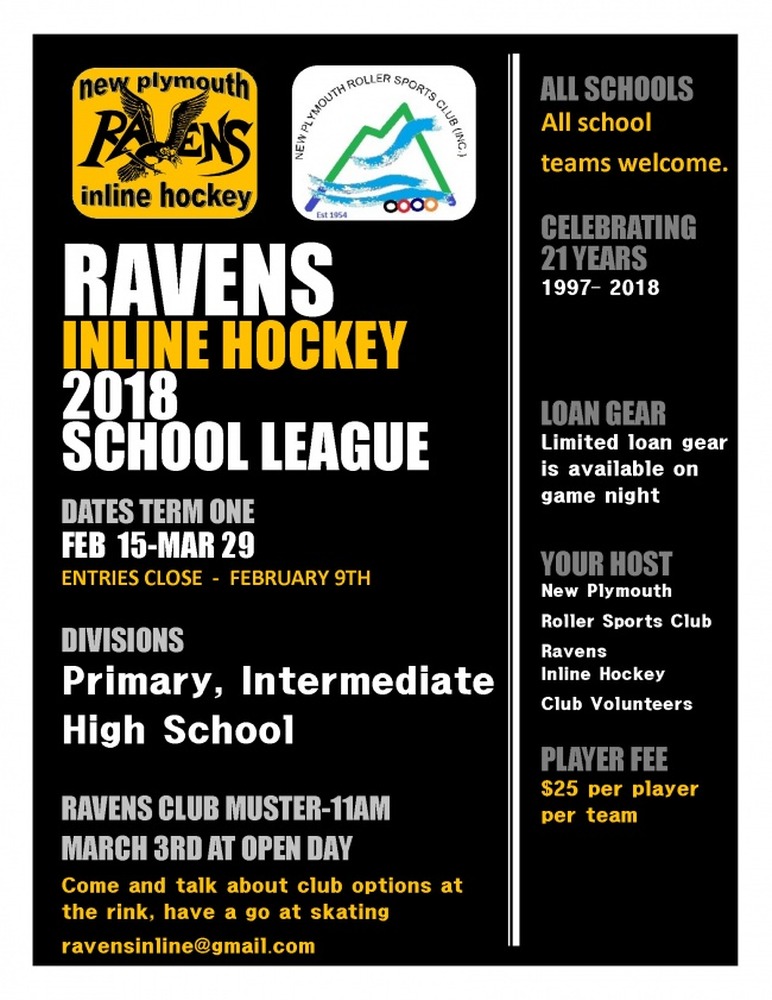 The New Plymouth Roller Sports Club in association with Ravens Inline Hockey operate a school league for primary, intermediate and high schools in Taranaki. The league was started in 1997 and has been now running for 21 years this year. The club welcomes teams and individuals to their league. This is a great starting point to learn the basics of inline hockey an exciting team sport played at the East End Reserve indoor arena.